What’s So Good About Whiplash?

This weekend I watched one of those films that is so memorable I’m still mulling it over days later, and I’m telling my closest friends that they just have to watch it. The film is Whiplash, and it is about a young guy who attends an elite music school in New York. He’s a jazz drummer and he wants to be the best in the world. He doesn’t just want it, he really wants it.

Like, he doesn’t have much of a life, at all, apart from his dad and his music. He just wants to be the best, friends take up too much time and judging from the other students in his school nobody would want to be friends with them anyway. He’s quiet, and cute and he practices his drums a lot.

There’s this conductor/teacher who leads the top ensemble in the school and our guy is invited in. He’s thrilled to have the opportunity… Then all sorts of stuff ensues (to cut a long and complex story short). I won’t spoil it for you, if you haven’t seen it. Let’s just say the story is about being pushed to one’s artistic limits… the complexities of artisitic greatness, what that is and how it comes about.

It’s one of those films that leaves you feeling like you’ve been punched in the stomach, in a good way. I relate to it on quite a few different levels. Firstly the guy and his desire to be the best in his field. I was never so focused as he is at his age. If I were in New York at the same stage in my life, suffice it to say I would not have spent the time in my room practicing… But at this age I am at now – 36 – I can completely and utterly relate to his devotion to his craft.

It has always been there for me, that I wanted to write and that I wanted to be really, really good at it – great at it. I’ve always written but I’ve always lived too, which I would say, in hindsight, is actually a large part of writing. The living. The adventures I’ve had, good and bad, inform my writing now. For me at that age, I could not have had the maturity and deeper understanding of life, people and situations necessary to write very well.

These days I am much more like the character in the film. It’s like all roads have led to this point and now I am more than happy to spend hours and hours and days and weeks and months and years… devoted to my craft. Great story-telling has developed into something of an obsession, because I finally feel like that’s all right. I can spend my minutes doing that, because it is what I am here to do. And it doesn’t matter who would prefer me to be doing something else, or the fact that it is in no way financially viable. I believe that it will be, one day soon.

So yeah, I relate to the drummer. I relate to his willingness to sacrifice for greatness. One of the visual motifs of the film is him drumming so hard and so long his fingers are actually bleeding. His drums get covered in blood. And the first reaction could be, ew, that’s gross. And it is. And it’s what I thought. But then I remind myself that I might not have outright bled at the keyboard but I have bled in my own way, in a different way.

I could have been doing a million things that are much easier and far more lucrative than writing a book. I have a baby who I love with all my heart. I need to raise that baby, feed him, clothe him and give him the best possible start in life that I can give him, that is the most important thing to me. Things got real when I suddenly had a child in my life. The stakes raised but instead of running from writing I turned to it and the pressure of parenthood has pushed me along more than any other experience I’ve ever had.

I also relate to the conductor, despite the fact that he is a grade A jerkass. He pushes his students to breaking point and it is really quite ridiculous the lengths he goes to. I’m in no way condoning abuse however he says he’s doing it to get the best out of his musicians. And on a more humane level, looking at it metaphorically, it makes me think of again of pressure. That’s how diamonds are formed, right?

Without pressure I find it harder to produce the work I’m proud of. I need pressure. Now, I seek it out. I gain pressure from, like I said, the pure necessity of looking after another small person. The need to provide for him and his future. The need to ensure that he is never ever left without the resources he needs to lead a decent and fulfilling life. I gain pressure from the desire to lead the life I’ve always wanted, to actually live the life I always believed was possible.

I know from experience that this life can come to an end. An abrupt, unexpected end. It can seem like we live in this comfortable world where everything is A-OK most of the time and there’s all this stuff around us that makes it seem easy and makes us feel content. But the fact is that it can all end, in a moment. And there are things in the world that are very much worth fighting for. Other people, perhaps in places far away from us, that need us to be the best we can be so that we can create the resources to help them. I think of all this, and it makes fingers hit the keyboard.

I also relate to the director whose name I don’t even know, but by watching this film I have a certain understanding of who they are. And I feel like they have mirrored the artistic rise and perfectionism of the young drummer in the film itself, by making it one of those rare pieces of film-making that live in your heart for a long, long time. 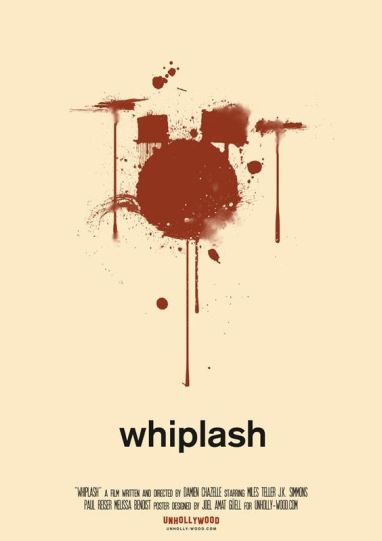 Join me on socials, sign up for my newsletter & read my Wattpad stories here